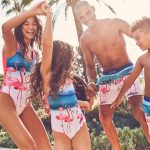 September 14, 2020 7:57 am Published by The Retail Bulletin Leave your thoughts

Matalan’s chief executive Jason Hargreaves has announced that he is stepping down from his role. He has been working in the position for the last seven years at the business his... View Article

Matalan has reported that its revenue dropped by 72% to £75.3 million in its first quarter as the Covid-19 lockdown took its toll. The 13 weeks to... View Article

Matalan has described its first quarter results as solid after revenue grew  by 2.9% to £273.5 million. In the 13 weeks to 25 May, the company’s... View Article