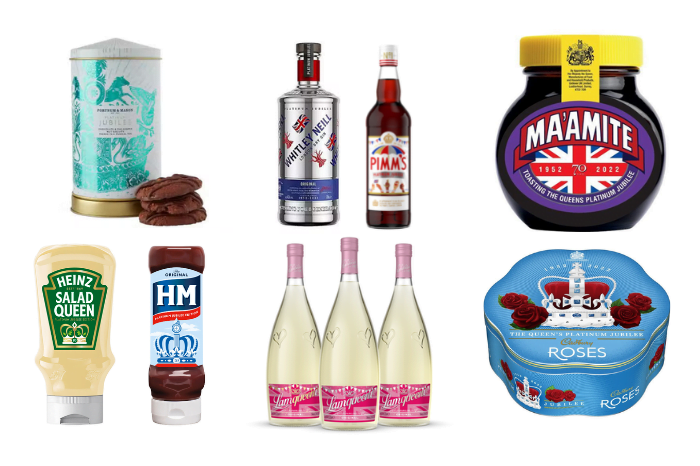 The four-day weekend between 2-5 June is expected to boost trade across retail nationally and generate £80m in sales for London’s West End alone. That’s according… View Article

The four-day weekend between 2-5 June is expected to boost trade across retail nationally and generate £80m in sales for London’s West End alone.

That’s according to research from New West End Company (NWEC), which stands for 600 businesses across Bond Street, Oxford Street, Regent Street, and Mayfair.

This (long) weekend, Britons plan to put aside their cost-of-living woes for a few days to celebrate Queen Elizabeth’s Platinum Jubilee with days out, street parties and barbecues. For the retail industry, this will result in a much-needed trade boost.

Market researcher Kantar said that when Britain celebrated the Queen’s Diamond Jubilee in 2012, UK supermarkets saw a 10% boost in sales in the week leading up to the festivities. Footfall is also expected to bee up.

Research from the Co-op’s Jubilee Convenience Report shows an estimated 39 million adults will be doing something to celebrate, with 4.1 million families celebrating the joyous milestone by attending a street party. One third (34%) of 16- to 24-year-olds will celebrate with their friends, and a quarter (24%) of people aged 55 and over plan to watch the Platinum Jubilee on TV.

Here is a succinct overview of the celebrations, commemorations and memorabilia we can expect:

Tipple to mark the occasion

With patriotic Brits ready to raise a toast or two, drinks brands and retailers have come up with a few interesting options.

Whitley Neill, the premium gin brand, has launched its flagship spirit in a commemorative red, white and blue bottle with union jack emblems and a shiny platinum finish.

Lambrini is offering a new tipple fit for a queen. Dubbed Lamqueeni, the brand’s flagship sparkling perry has been repackaged with a pink union flag label, featuring sparkles, text and bunting in either gold, silver or rose gold colourways.

Aldi has announced the launch of four limited edition British-themed craft beers in honour of the occasion. Packaging for the limited-edition brews takes inspiration from quintessentially British imagery, including Big Ben, a Tower of London Guard, Nelson on his Column, and the Queen’s Corgis.

Speaking of Corgis, pet store Jollyes is offering a free pamper and groom for corgis in June so they can celebrate the Jubilee in style.

And if Corgis are really your cup of tea, then perhaps a brew of PG Tips will be just what you need. The brand has gone all out with the packaging covered in characterful corgis. PG is also running a Jubilee prize draw where shoppers can win a keepsake corgi caddy, a £150 Iceland voucher or two tickets to The Big Jubilee Lunch.

Fashion brands are never one to miss out on big parties

Burberry will celebrate Her Majesty’s 70 years of service with a series of celebrations including a zero-waste floating meadow, an artwork campaign, and a commemorative scarf.

Hermés have launched a silk scarf with an illustration by artist Jan Bajtlik to mark the event. Proceeds from each scarf will go to the Queen’s Green Canopy Initiative, an official royal charity that raises funds to plant trees in urban areas around the UK.

Royal grocer Fortnum & Mason are selling a musical biscuit tin (as well as the infamous hampers). Wind it up to hear a rousing rendition of “God Save the Queen” as you nibble on the  dark chocolate and macadamia nut biscuits inside.

M&S are offering an array of  hampers (sandwiches, high tea, cocktails, cakes), a limited-edition ‘Corgi meets Jubilee Connie the Caterpillar’, and Caramel Corgi mouse cakes. Even the meal deals are getting fancy treatment for this weekend with a twist for example ham and poached egg sandwiches.

The Co-op will be focussed on savoury party bits and afternoon tea treats  for those all-important street parties.

Iceland, ever focussed on helping consumers to save their pennies, will be running a host of special offers on food and drinks.

Lovers of marmite will be chuffed to find the brand selling limited edition jars of Ma’amite to mark the Queens 70 years on the throne.

Heinz has cleverly renamed a couple of their popular sauces ahead of Platinum Jubilee. The salad cream will be the ‘Salad Queen’ and HP sauce will be ‘HM Sauce’.

A box of Roses chocolates may feel more of a Christmas thing, but this year Cadbury is setting a crown atop its head in honour of the Queen’s 70-year reign. The tin features the famous jewelled headpiece in front of ruby red roses to mark the special occasion. There will also be a share-size Dairy Milk Jubilee bar with the official pageant stamp of approval.

One Tesco store  has taken the opportunity to give away £700 vouchers to lucky shoppers with the launch of the Jubilee Card competition. The store is calling on the nation to nominate community heroes who have been ‘royally good’ via its social channels. 70 Community heroes from across the UK will each win a £700 shopping voucher.