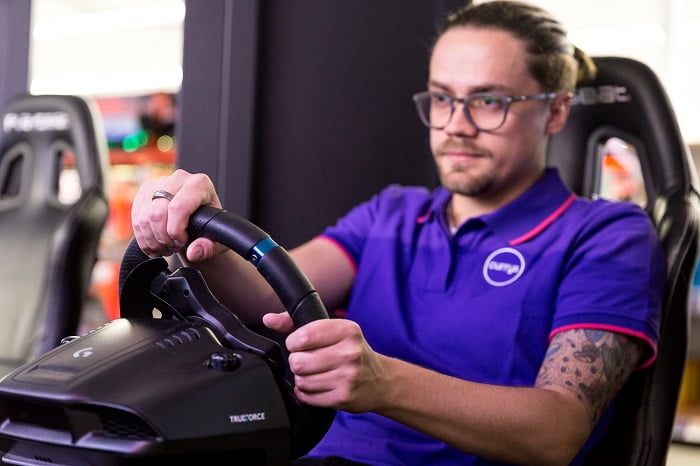 Currys has teamed up with Williams Racing on an exclusive esports partnership.

The move will see branded Williams esports racing simulators placed in 52 UK gaming stores to give customers the chance to set hot laps in the virtual Williams FW44.

The fastest racers in the regional stores will qualify for the Currys Racing League where the final round and grand finale will be hosted at Williams Racing’s dedicated gaming facility, the Williams Esports Lounge.

The campaign will run across two seasons in the form of summer and autumn splits, with the Champion teams rewarded with exclusive sim racing bundles and Formula One experiences.

Nicholas Hayden, head of gaming at Currys, said: “Gaming at Currys is growing, and it is now the place to shop for gamers looking for new kit.

“Last year we sold enough gaming accessories to go around the racetrack at Silverstone four times, and this year we are delighted to be teaming up with Williams Racing to launch this exciting tournament and bring our customers even more opportunity to get involved in esports.”

Williams will also run coaching clinics for aspiring sim racing drivers, both virtually and in stores due to the partnership also being aimed at uncovering undiscovered esports talent. The highest performing drivers could end up being offered the opportunity to join the Williams Esports Academy team.

Steven English, Williams Racing head of esports, said: “We are incredibly excited to be working with Currys on such an engaging and rewarding campaign.

“Along with providing nationwide visibility for the Williams Esports brand, I’m confident that our partnership will also help to uncover budding esports racers and a wealth of hidden talent whilst producing some great racing.”