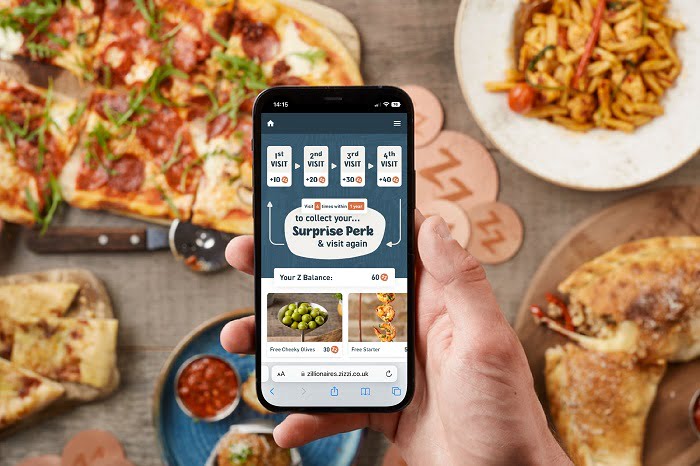 Zizzi has launched a new customer loyalty scheme as part of plans to transform itself into a super brand. The Zillionaires’ Club loyalty platform rewards “Zillionaires”… View Article

Zizzi has launched a new customer loyalty scheme as part of plans to transform itself into a super brand.

The Zillionaires’ Club loyalty platform rewards “Zillionaires” each time they visit a Zizzi restaurant, use click and collect, and purchase Zizzi for delivery.

Part of The Azzurri Group, Zizzi has also recently invested in Speedy Order and Pay. There are also plans to deliver a range of personalised experiences for customers over the coming months.

The launch of the club follows a successful trial in Zizzi’s Scottish restaurants where the scheme was well received by customers.

Harry Heeley, managing director at Zizzi Restaurants, Azzurri Group, said: “We are delighted to have launched the Zizzi Zillionaires’ Club and progress with our transformation of Zizzi into a super brand. This omnichannel platform allows us to thank Zizzi customers for their ongoing support.

“The club will also act as a great communication tool where we can share news about the Zillionaires’ Club and other areas that are important to our customers, such as improving our sustainability, reducing carbon, and supporting great mental health and wellbeing.

“In the near future members of the Zillionaires Club will be able to earn Zs across the breadth of Zizzi’s channels including our retail at home range, while also be able to donate their Zs to charity and good causes.”

To support the launch, Zizzi is working with double Bafta award-winning Big Zuu, the host of Big Zuu Big Eats, who has designed an exclusive pizza called Big Zuu’s Zillionaire Rustica. This will go live on the Zizzi menu from November.