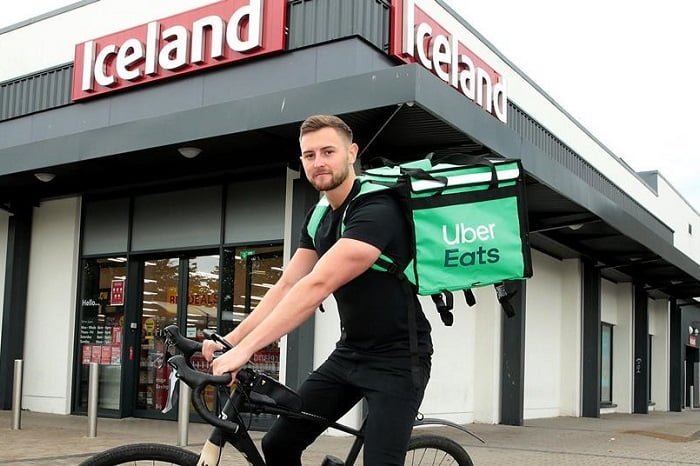 Iceland has expanded its delivery partnership with Uber Eats for both Iceland and The Food Warehouse. The delivery service has now been extended to an additional… View Article

Iceland has expanded its delivery partnership with Uber Eats for both Iceland and The Food Warehouse.

The delivery service has now been extended to an additional 675 stores to take the total to 890.

The move follows the successful launch of the Uber Eats platform with Iceland in 2019.

Once an order is accepted, it is picked out in-store by the retailers’ staff before being collected and delivered by a courier who uses the Uber Eats platform in as little as 30 minutes.

Customers can order from over 4,400 products, including fresh groceries, as well as exclusive frozen food ranges from the likes of TGI Fridays, Greggs, Cathedral City, Harry Ramsden’s, Barratts and Slimming World.

Justin Addison, international and wholesaler director at Iceland and The Food Warehouse, said: “Since the partnership between Iceland and Uber Eats began, it has continued to exceed our expectations.

“Rolling the service out fully has meant we have been able to deliver quality own brand products, as well as exclusive big brands, direct to customers’ homes in under 30 minutes.  We’re certain there will be more to come from this partnership in the future.”