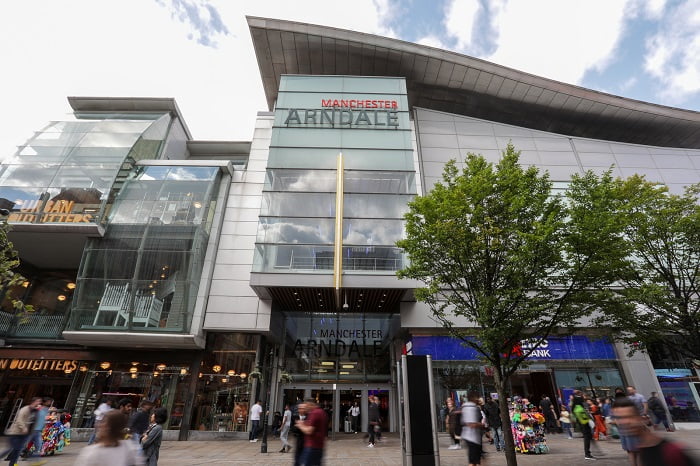 Gilly Hicks and Clarks are to move into part of the former Topshop space at Manchester Arndale. The Gilly Hicks store will be the brand’s first… View Article

Gilly Hicks and Clarks are to move into part of the former Topshop space at Manchester Arndale.

The Gilly Hicks store will be the brand’s first in Manchester and will stock its range of activewear, loungewear and intimates, as well as its new menswear and gender-neutral collections.

The news coincides with Gilly Hicks’ sister company, Hollister, relocating within the shopping centre to a former Disney Store unit.

Meanwhile, footwear retailer Clarks will occupy a 3,551 square foot unit which will be its only store in Manchester city centre. In addition, iFix and Pizza Hut will be joining the line-up and Swarovski has recommitted to the scheme

Colin Flinn, spokesperson for Manchester Arndale, said: “We are delighted that Clarks, Gilly Hicks, iFix and Pizza Hut have decided to join the line up at Manchester Arndale. Rather than try and re-let the whole of the former Topshop space, we made the decision to split the space, and create three new high-quality units in a prime location.

“This decision has proved correct as we have now secured two well-known tenants, with the last unit currently under offer, which shows that retailer demand for quality, well placed units remains high. We are equally pleased that Hollister and Swarovski have recommitted to Manchester Arndale, demonstrating confidence in the centre as we continue to attract and retain popular international brands and retailers.”