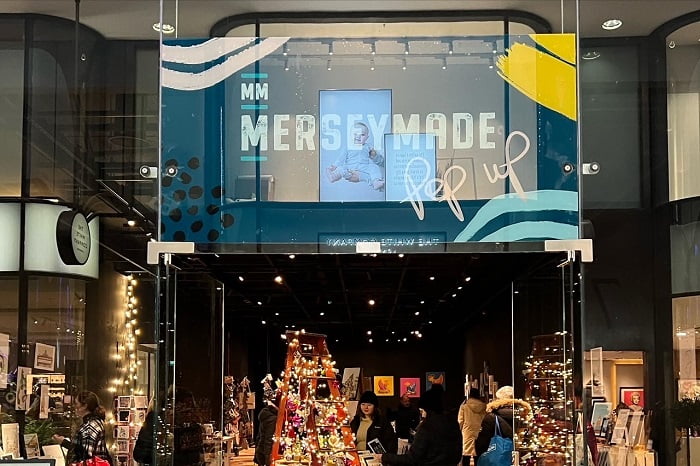 Liverpool ONE has welcomed a new pop-up featuring work by artisans and artists from the Merseyside region.  Situated on Peters Lane, the 3,200 square foot MerseyMade… View Article

Liverpool ONE has welcomed a new pop-up featuring work by artisans and artists from the Merseyside region.

Liverpool ONE said the pop-up aims to grow and support the diverse community of creatives within its local area. MerseyMade will remain on Peter’s Lane until the end of January then move to second pop-up on Liverpool ONE’s Manesty’s Lane.

Chris Jukes, Liverpool ONE director at Grosvenor, explained: “Innovation and independents have always played a role in the success of Liverpool ONE, creating additional reasons to visit, building engagement with consumers, and supporting the local community.  MerseyMade has proved incredibly popular, but is just the beginning for 2023.  We will be introducing more pop-ups throughout the year to complement the established, and highly successful, retail, food and drink, and leisure offer at Liverpool ONE.”

Jenny Dunlop, creative director of MerseyMade, added: “We have been overwhelmed by the success of MerseyMade Liverpool ONE, with the gallery introducing so many new customers to so many local artists and artisans.  The ability of Liverpool ONE to amplify our business is significant, and has been a great boost to the region’s creative community.”

Liverpool ONE has also collaborated with Lone Design Club to create LDC Activates, a creative initiative that utilises the façade of the soon-to-be Cricket flagship. The project has seen traditional vinyls being replaced with tech-enabled windows using QR code surveys to capture customer sentiment.

The news follows a busy end to 2022 for Liverpool ONE when it was announced that M&S would be joining the line-up with an anchor shop in a former Debenhams unit  on South John Street.