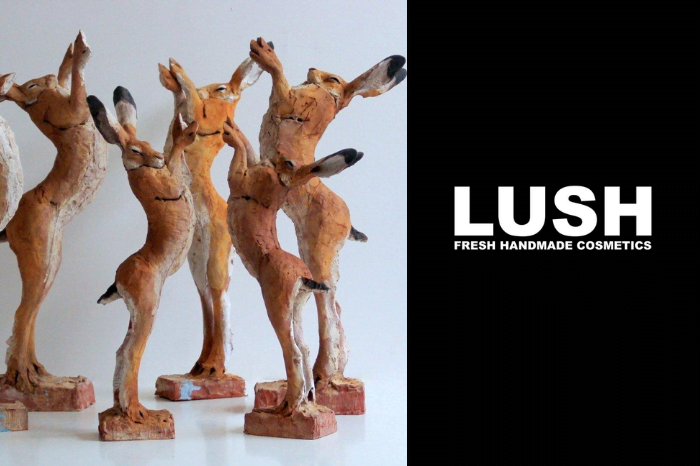 Young researchers from UK Universities have been awarded the Lush Prize for groundbreaking work in non-animal testing methods. The Lush Prize celebrates its 10th year with… View Article

Young researchers from UK Universities have been awarded the Lush Prize for groundbreaking work in non-animal testing methods.

The Lush Prize celebrates its 10th year with a virtual Award Ceremony today, 18th November, rewarding £250k to those actively removing animals from safety testing and working towards higher and more effective levels of public safety.

Two Young Researchers in the UK, including a scientist at the University of Birmingham and a scientist at The Francis Crick Institute and King’s College London, were awarded a £10k Lush Prize each for their work. The Young Researcher Prize is open to young scientists (up to 36 years at the time of application) with a desire to fund the next stage of a career focused on an animal-test free future.

Many animal-free science projects are based on a few method types, which have been around for some time, but have advanced as technology moves forward. It’s well known that no single method is best. Instead, it’s the combination of these methods in specific ways as New Approach Methodologies (or NAMs), which is providing animal-free innovation and better science.

Dr Sudeep Joshi is a scientist at The Francis Crick Institute and King’s College London who was awarded £10k for his work of physical ‘printing’ (also called ‘3D bioprinting) of human tissues to be used in safety testing of drugs and other chemicals, instead of animals.

The 3D printing system resembles a liquid ‘piping’ set up, to assemble the blocks of tissue which contain all relevant cells and components needed. The printing project starts with human ‘stem’ cells – these are essentially ‘blueprint’ cells in the body which can be developed into any other cells and therefore specific test models (e.g. heart, lung, brain).

Dr Joshi comments: “Animal testing is scientifically ineffective as testing performed on animals can’t be directly translated to be used on humans. I am a trained electronics engineer with a passion to build instruments and robotics automation. I switched my field of research to cell biology and biomaterials, so that with my expertise in instrument building I can develop a robotic system that can bio-fabricate 3D tissue and organoids models at mass scale for drug testing and simultaneously monitor the progress.”

Dr Arthur de Carvalho e Silva is a scientist at the University of Birmingham, who was awarded £10k for his project that will investigate the toxicity of substances known as perfluorochemicals, a type of chemical that humans are exposed to constantly and is found in the food chain
Arthur’s work will combine cutting edge in vitro and in silico research as a NAM. While there has been much progress recently in physiologically based pharmacokinetic (PBPK) modelling and separately applying omics technologies in toxicology, unifying the capabilities of these two NAMs, to benefit from both simultaneously – for industry chemical safety including cosmetics – has not yet been attempted.

Dr Carvalho e Silva comments: “Animal testing in chemical safety assessment has shown a level of reproducibility of around 80%, and different lab animal species are concordant in only 60% of the tests. Moreover, their relevance to human data has been challenged and
studies have found that some animal assays are not concordant with the response in humans. Although current animal-free testing methods also have limitations, some promising developments have been achieved. They have earned prestige as a practical solution for ending animal suffering and generating more meaningful data.”

There were three other Young Researcher winners from the USA, Netherlands and Brazil, each getting £10k to go towards supporting their career in toxicology without harming animals.

The Lush Prize is a £250k biennial prize fund, giving away £50k per prize category.