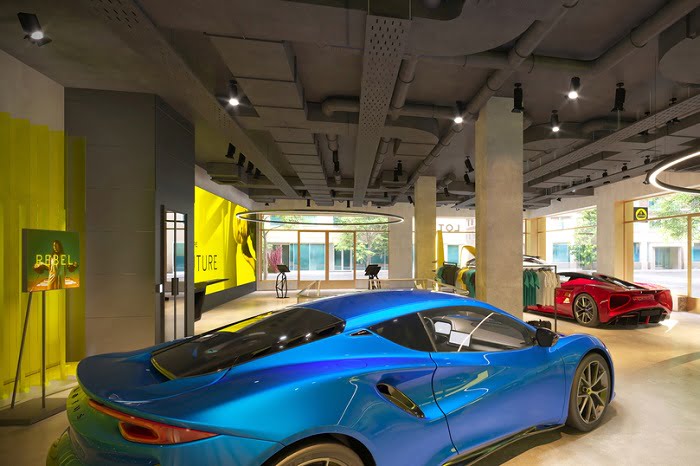 Lotus Cars is to open its first-ever global store at the One Berkeley Street development in Mayfair after signing for a 5,000 square foot space in… View Article

Lotus Cars to debut at Crosstree’s One Berkeley Street

Lotus Cars is to open its first-ever global store at the One Berkeley Street development in Mayfair after signing for a 5,000 square foot space in a flagship location at 73 Piccadilly.

Situated opposite the Ritz Hotel, the two-storey site will include a three-car ground floor showroom featuring the brand’s new Eletre hyper-SUV, the Emira sports car, and the Evija hypercar, as well as a full Lotus merchandise retail outlet.

The space will also provide a London home for Lotus Advanced Performance, the division of the business launched earlier this year that is dedicated to delivering bespoke vehicles and world-class customer experiences.

Geoff Dowding, executive director, sales and aftersales at Lotus, said: “As this is the first of our global stores and as it’s in the very centre of London, we fully expect Lotus Mayfair to attract many visitors from around the world.  As such, it will play host to some of the most amazing Lotus cars from today and yesterday – including from our legendary racing past – as well as a packed calendar of events at the store.”

The news comes as Crosstree Real Estate Partners announces a series of significant milestones at One Berkeley Street. The development comprises 20,000 square feet of flagship retail and F&B space, 60,000 square feet of fully refurbished Grade A offices, and the 181-room 1 Hotel Mayfair which will be operated by SH Hotels & Resorts.

In addition to signing Lotus Cars, the company has seen restaurant GAIA take 70% of the retail space for its London debut. A refined taverna concept from Dubai and Monte-Carlo. the 9,500 square foot multi-level venue is situated on the Dover Street corner of the development and will offer Greek Mediterranean cuisine by chef Izu Ani.

The signing of Lotus Cars and GAIA leaves a divisible space totalling 5,700 square feet fronting Piccadilly as the only unit available.

Lotus is expected to open by the end of the year and GAIA in 2023.

Matt Mason, partner and head of development at Crosstree, said: “The development’s location, quality and environmental credentials have created very strong demand in the market, allowing us to achieve significant pre-lets to occupiers that share the development’s ethos.  The quality of occupiers confirms One Berkeley Street’s status as a new landmark in London and frame of reference for sustainable re-development.”