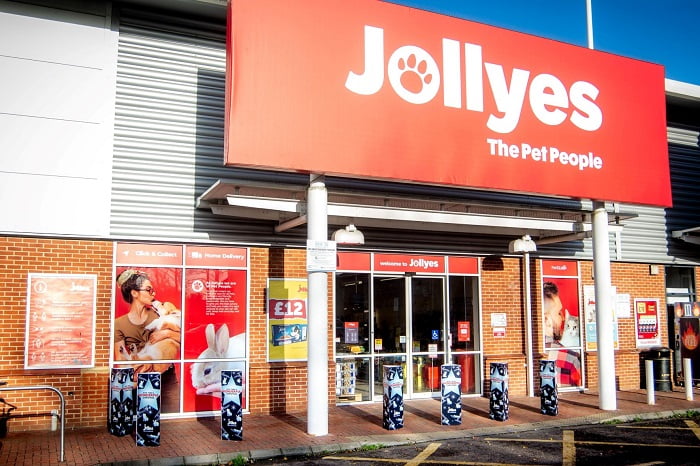 Sales in the four weeks to 31 December rose by 31% on the same period a year earlier as sales set new company records for the second year in a row.

Due to new store openings and acquisitions, Jollyes was trading from 84 shops by the year end compared to a previous 67.

Jollyes said its busiest day was Friday 23 December when it served 38,000 customers in-store, which was an all-time high for the business.

Jollyes chief executive Joe Wykes, said: “I want to give all our colleagues a massive thank you for their hard work serving customers this Christmas. We had a record-breaking Christmas because we have the best people in pet retailing.

“All our stores, whether they’re long established or newly opened, are well on the road to becoming go-to destinations for their local pet parents.

“The service our colleagues provide in their communities is one of the secrets of our current success – and it’s clear from our record performance that the value for money we provide our customers, is resonating in the towns we trade.”