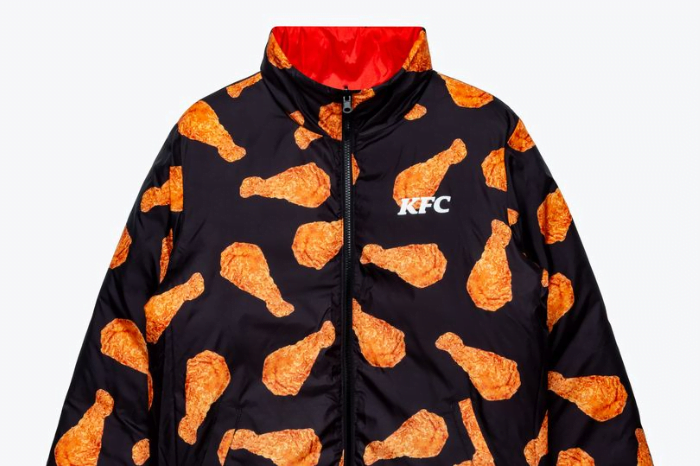 Hype clothing has joined the Millennial craze of creating a food-themed spin-off range.  Following in the footsteps of the Greggs x Primark fashion collection and McDonald’s-themed… View Article

Hype clothing has joined the Millennial craze of creating a food-themed spin-off range.

Following in the footsteps of the Greggs x Primark fashion collection and McDonald’s-themed clothes available on sites such as Etsy.com, Hype has created a 47-piece collection with the KFC fast-food chicken chain including hoodies, bralettes, joggers and backpacks.

The collection will be available online and from the Just Hype Carnaby Street flagship store in central London.

Liam Green, co-founder and creative director of Hype, which has its headquarters on the outskirts of Leicester, said: “A project that started in 2020 has finally come to vision, the years of hard work has paid off with one of our most talked about collections to date. It was a pleasure bringing KFC into the fashion world.

“After working with some of the biggest brands in the world, collaborating with the most finger lickin’ food in the game made sense for our next collaboration!”

Over the years Hype has teamed up with brands such as Sesame Street, Ninjago, Disney, Budweiser, Toy Story, Call of Duty, Jurassic Park and Pokemon.