Today, what3words has been added to the Domino’s Pizza Global Online Ordering (GOLO) platform for online ordering. The London-based start-up’s technology has already been tested at… View Article

The London-based start-up’s technology has already been tested at Domino’s franchises in the UK, North America, and Saudi Arabia.

What3words has claimed it has divided the world into a grid of three metre squares and given each square a unique combination of three words, with around 57 trillion squares in total.

The start-up claimed that unlike a regular street address, which points to a street or building, the system allows people to specify a precise location such as a side door or utility entrance.

“Wherever you live, hot pizza is so much better than cold pizza because the driver got lost finding your door,” said Chris Sheldrick, co-founder and chief executive at what3words. “It’s really important that customers receive their order in good time, and drivers should be able to navigate to their destination with ease.”

He added: “We’re so excited to globally roll-out what3words to Domino’s international franchisees and customers.”

In March 2021, the start-up received a £12 million investment from Ingka Group, which owns most IKEA outlets. 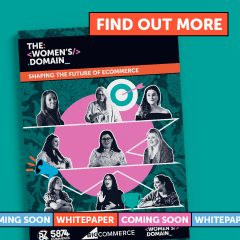