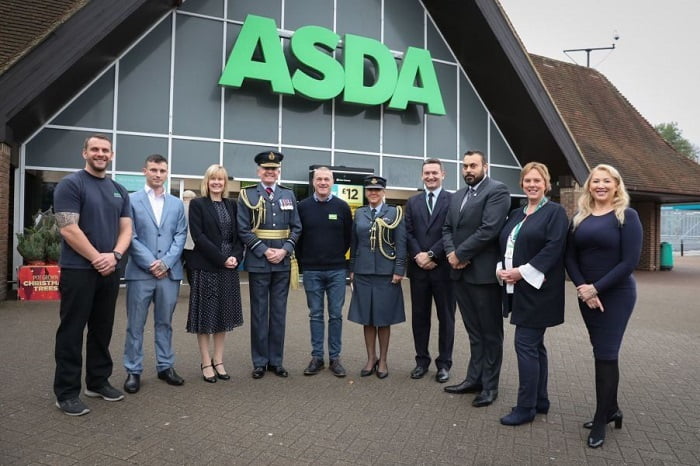 Asda has reaffirmed its support for the UK’s military personnel by once again signing the Armed Forces Covenant. This means the supermarket will continue to guarantee… View Article

Asda has reaffirmed its support for the UK’s military personnel by once again signing the Armed Forces Covenant.

This means the supermarket will continue to guarantee interviews for ex-servicemen and women who meet the minimum criteria for a role. Asda has hired over 1,000 new members of staff from the armed forces service leaver community so far this year.

Sir Rich Knighton said: “Asda recognises the valuable skills and qualities of ex-Serving military personnel that are easily transferable to many sectors, including that of retail. Offering a wide-range of opportunities, whether IT and technology or logistics and planning, Asda’s re-signing of the Military Covenant highlights their continued commitment to supporting those Veterans and Reservists that have served our nation.”

Selby added: “Veterans bring a host of unique skills and experience that are vitally important to businesses such as ours. We are proud to continue our support for armed forces and help ex-personnel back into work and civilian life.”

The announcement comes a few weeks after Veterans into Logistics received a funding boost of £40,000 from Asda. The funds will be used by the  charity to train 10 armed forces veterans into new careers as HGV drivers.

In addition, Asda was recently recognised for its efforts to employ former armed forces personnel when it was once again given the silver award in the Defence Employer Recognition Scheme.