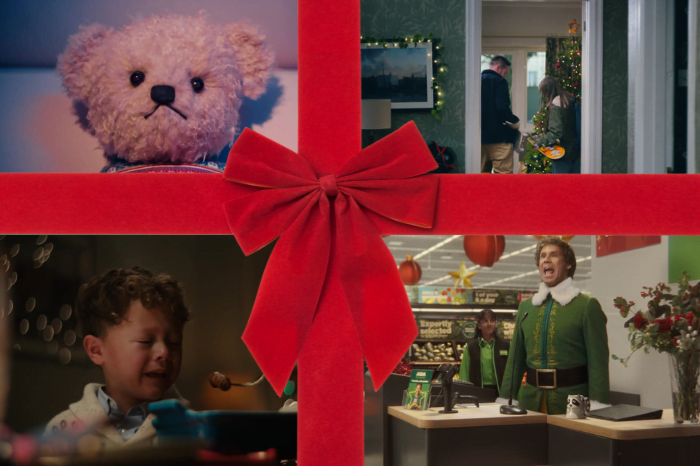 The 2022 Christmas adverts are coming thick and fast and some of the nation’s biggest supermarkets and fashion brands have dropped their highly anticipated offerings. Waitrose… View Article

The 2022 Christmas adverts are coming thick and fast and some of the nation’s biggest supermarkets and fashion brands have dropped their highly anticipated offerings.

Waitrose has launched their Christmas campaign ‘It’s beginning to look a lot like Christmas’  showcasing the year round care that goes into making the magic happen.

Heathrow Airport has launched a feel-good 60 second ad called “The Gift” which shows a couple in Terminal 2, drinking champagne to toast their imminent festive getaway – just the two of them. However, the mum seems sad that the pair will be spending Christmas without their kids for the first time – especially when she spies a family with children laughing excitedly in the airport terminal ahead of their Yuletide flight.

Online retailer Very was the first major brand to launch its Christmas advert in 2022 releasing a 40-second film soundtracked by Wizzard’s universally-loved Christmas classic ‘I Wish It Could Be Christmas Every Day’.
The advert shows a family enjoying multiple festive occasions, celebrating how Christmas can be so much more than one day.

Lidl’s new Christmas advert features a teddy bear who goes on his journey from humble beginnings to widespread fame. Lidl Bear is set to break many hearts across the land with his cutesy face and irresistible appeal in Lidl’s Christmas advert. The campaign asks families to donate gifts to the supermarket’s charitable toy bank initiative.

Sainsbury’s has teamed up with Alison Hammond, who plays the hard-to-please Hammond’s Countess, that certainly doesn’t like Christmas puddings – that is, until she tries the caramel biscuit version.

Morrisons brings back festive hero ‘Farmer Christmas’ for the second year running and also features many of the supermarket’s own employees throughout.

TK Maxx has launched its Christmas campaign, titled Nail Christmas for Less. It features Sam, who has perfected her season gifting and received a flurry of high fives from everyone she presents with gifts.

Disney has released a “From Our Family To Yours” Christmas ad trilogy in support of Make-A-Wish.

Department store, Matalan has revealed its Narnia-style advert for Christmas 2022, called The Christmas Cupboard. Step inside the magical wardrobe and you’ll find pretty much everything you need for yourself, your friends and your family this festive season.

Asda pulled out all the stops this Christmas with the arrival of Buddy the Elf, played by Will Ferrell! The fun and very festive advert features some clips from the original Elf film and newly-filmed footage.The advert is set to Santa Claus is Coming to Town, and is full of references to the original 2003 movie.

Marks and Spencer’s food Christmas advert for this year features Dawn French in her role as the Christmas Fairy, who is joined by Jennifer Saunders.

Fashion brand, Barbour, has released its adorable Christmas advert, One of a Kind-ness, starring none other than Paddington Bear.
In the advert, Paddington wonders what gift he should buy for his neighbour, Mr Curry, who’s a bit of a Scrooge. The bear stumbles upon a Barbour store which is selling one-of-a-kind re-loved jackets – the perfect gift for a unique neighbour.

Sports Direct has released a trio of 20-second adverts as part of its 2022 Christmas campaign that feature some of sport’s biggest names. The series of commercials star Eric Cantona, Thierry Henry, Mason Mount, Declan Rice, Jarrod Bowen, Emma Hayes, Gabriel Jesus, and the iconic football commentator, Clive Tyldesley. Each ad playful reflects on the classic festive themes typically presented on TV screens during the Christmas season, but with a comedic football twist.

JD Sports’ Christmas campaign – ‘King of the Game’ features actor Cole Wealleans-Watts Christmas shopping with his family. Just as the boredom kicks in, he spots Chunkz (YouTube star & presenter) who’s ushering him to step inside the ‘JD Arcade’.

The Debenhams.com advert features Rachel Stevens and Jess Wright as they mark the festive season in style. From that early morning rush of opening presents to beginning the marathon of cooking Christmas dinner, we see families and friends come together to revel in the joy of Christmas and the happiness it brings.

Boots has brought out the star-power for their Christmas ad with It’s A Sin actress Lydia West playing Holly, the woman who found the most magical glasses ever.When she puts them on, she is able to see what brings everyone joy at Christmas. At the end of the clip, it’s revealed the glasses have a very special owner – none other than Santa Claus himself.