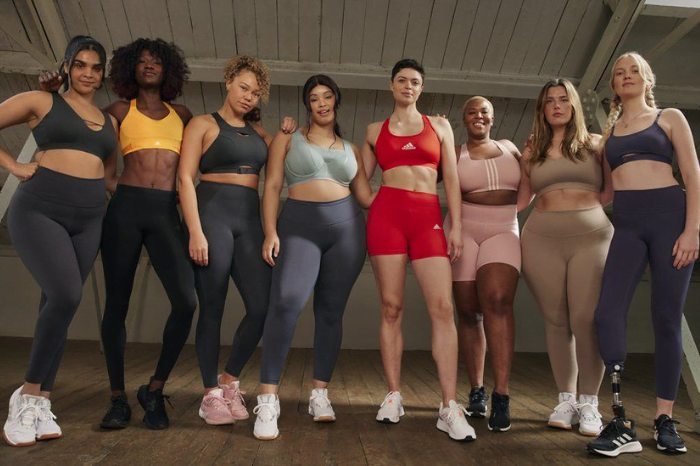 Adidas sports bra adverts which showed photographs of bare breasts have been banned for featuring explicit nudity. Images of the breasts of dozens of women of… View Article

Images of the breasts of dozens of women of various skin colours, shapes and sizes in a grid format appeared on social media and two posters.

The Advertising Standards Agency ruled that all three versions of the images were likely to cause widespread offence.

Adidas said the adverts “show just how diverse breasts are” and therefore how important the correct sports bra is.

The tweet was posted in February: “We believe women’s breasts in all shapes and sizes deserve support and comfort. Which is why our new sports bra range contains 43 styles, so everyone can find the right fit for them.”

The two posters showed similar cropped images of 62 and 64 women, and said: “The reasons we didn’t make just one new sports bra.”

The advertising watchdog received 24 complaints that the advert’s use of nudity was gratuitous and objectified women by sexualising them and “reducing them to body parts”.

The ASA said it did not think the way the women were portrayed in the tweet was sexually explicit or objectified them. But, it did find that the tweet was likely to be seen as explicit nudity and required careful targeting to avoid causing offence.

Adidas UK said the images were intended to “reflect and celebrate different shapes and sizes, illustrate diversity and demonstrate why tailored support bras were important”.