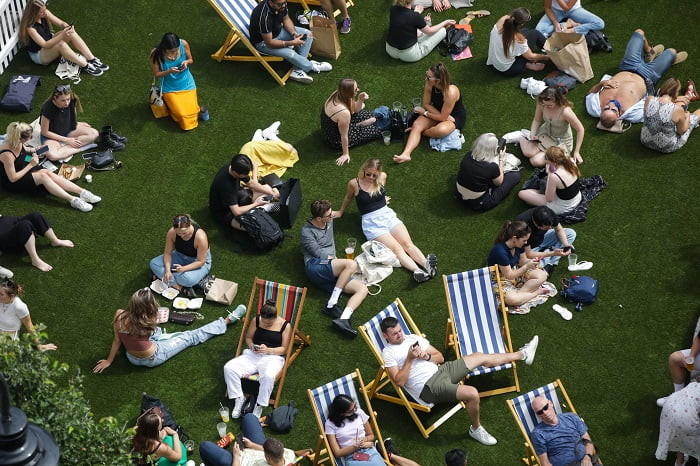 Seven Dials, Shaftesbury’s West End village, was transformed into a ‘Summer Sessions’ micro festival at the weekend as part of its annual one-day event. The area… View Article

Seven Dials, Shaftesbury’s West End village, was transformed into a ‘Summer Sessions’ micro festival at the weekend as part of its annual one-day event.

The area around the iconic Sundial Pillar was surrounded with astroturf and deckchairs to create a dedicated social space overlooking a main stage in the historic neighbourhood.

Festival ticketholders were welcomed on the day with a complimentary Poptail ice-lolly and then had the opportunity to enjoy a range of culinary delights, including Cinnamon Social sampling at Ole & Steen, ice teas and cakes from Apple Butter, and frozen treats served from a traditional ice cream tricycle at Away.

In addition, complimentary refreshments and cocktails were on offer in-store at Farah, Ollie Quinn, Adorn the Common and Lumas Gallery, and visitors also had the option to dine within a dedicated alfresco space which is now a permanent fixture at Seven Dials.

While Route One provided entertainment on the  skate ramp, flower crown making was hosted outside Nudie Jeans’ store on Monmouth Street. Meanwhile, a silent disco was held in Neal’s Yard and the main stage offered a series of live music performances from the likes of Victor Ray and Zebede.

Karen Baines, head of group marketing and communications at Shaftesbury, said: “It is always so exciting to see the Seven Dials community buzzing with energy and full of visitors, and this weekend was no exception. We are committed to creating a destination that is authentic and full of character, and the way Seven Dials was transformed, and all the tenants came together to provide the ultimate Summer festival makes us hugely proud.”