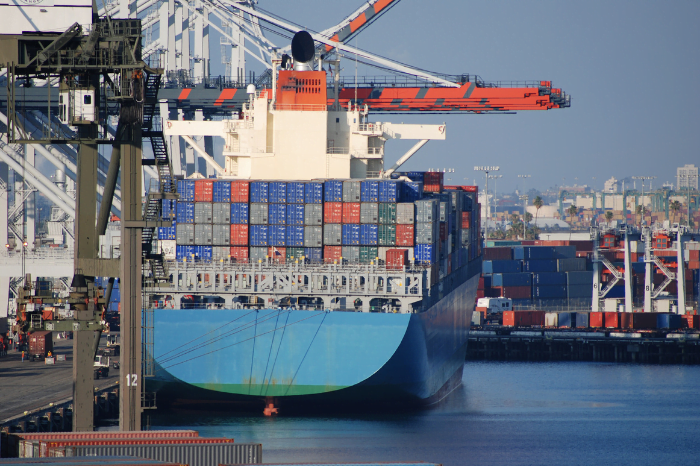 An eight-day strike at the port of Felixstowe has begun and could lead to months of disruption, with retailers including John Lewis, Asda, M&S and Tesco… View Article

An eight-day strike at the port of Felixstowe has begun and could lead to months of disruption, with retailers including John Lewis, Asda, M&S and Tesco set to be directly impacted.

The Port of Felixstowe handles several hundred million pounds’ worth of food imports each year, including substantial amounts of dairy, meat, nuts and rice, according to the NFU, and has long been a key landing point for goods shipped across the North Sea from Rotterdam, Europe’s biggest port.

Rotterdam in turn receives goods sent to Europe from the rest of the world, with shipments broken down before being sent on to destinations such as the UK. The UK imports almost half the food consumed in the country and more than half of fresh produce.

“We import 65%, so avoidable delays will impact supply chain costs and availability for consumers,” Jenney said.

“Many vessels had to be re-routed”, said Sian Oliver-Gay of the Provision Trade Federation, speaking ahead of the strike, which started on Sunday and saw around 2,000 port workers down tools in a dispute over wages.

Unite said members rejected a 7% pay offer from the Felixstowe Dock and Railway Company, which it said was below the rate of inflation. This is the first strike action in 30 years.

While the impact of the strike, which was set to run until 29 August, could be managed, added Fresh Produce Consortium CEO Nigel Jenney, shipments of inbound food volumes were having to be diverted “to other already very busy ports”.

“Vessels or trade that are re-routed have the potential to create pressures elsewhere, as well as there needing to be a period of time for the logistics chain to revert to normal and be in the right places when the disputes are resolved,” Oliver-Gay warned.

According to official data collated by the Food & Drink Federation, the Netherlands, a major supplier of pork, cheese and vegetables, last year was the biggest country source of Britain’s imported food.

“Supplies of gammon and hams will be caught up so you could see shortages on the shelves,” said a spokeswoman for the British Meat Processors Association.

The British International Freight Association said “any disruption” at Felixstowe would “cause problems for the operations of BIFA members, as well as disruption for the international supply chains that they manage”.

Justifying the latest in a series of strikes hitting Britain in recent months, including another by rail workers over the weekend, the Felixstowe workers said a 7% pay rise offer was not enough as it did not track inflation, which last month topped 10% and could, according to the Bank of England, hit 13% later in the year.

In a statement, the port, part of the Hutchison Ports empire spanning 52 ports in 26 countries, said it “regrets the impact this action will have on UK supply chains”.