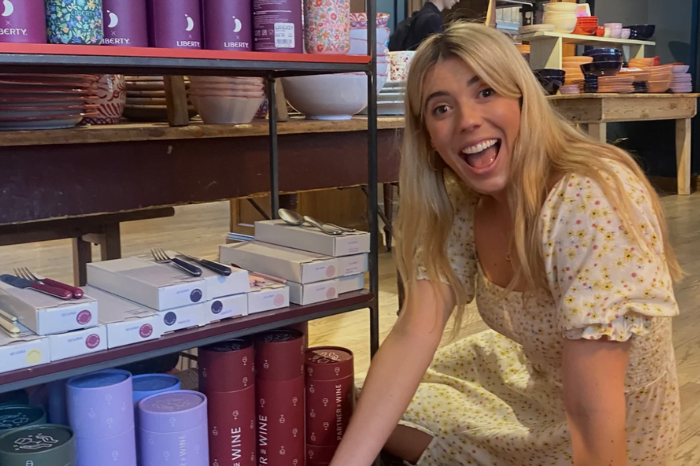 Lucy Hitchcock, founder of Partner in Wine is encouraging woman to start their own business despite the current challenges. Hitchcock was recently named among the 100… View Article

Lucy Hitchcock, founder of Partner in Wine is encouraging woman to start their own business despite the current challenges.

Hitchcock was recently named among the 100 female entrepreneurs to watch by Telegraph Media Group and Natwest, a “proud cohort of the UK’s brightest female founders”.

According to Caroline Barrett-Haigh, executive lifestyle editor of The Telegraph,  “the number of female-founded businesses is growing by a third every year, outstripping growth in male-led firms for the first time.”

The brand, Partner in Wine, was founded in 2020 at the height of the pandemic by wine enthusiast Hitchcock motivated by the introduction of socially distanced drinks.

Founder Lucy recalls “I had been chilling my favourite bottle of rosé in the fridge all day, and when I went to leave to meet my friend for a socially distanced drink I realised that I didn’t have anything to keep my bottle of wine cool. I told my mum and she handed me an insulated wine bag that she’d been given as a promotional gift – it solved the problem but it was so ‘not cool’. I debated pouring some of the rosé into my insulated water bottle – but that posed issues; firstly, it wasn’t big enough to hold a whole bottle of wine and then I thought it may also make my water taste like wine during the next use. Surely, this is an issue many warm-wine haters must be experiencing I thought and after doing some research, I felt it was my duty to help wine and cold drink enthusiasts all over the UK keep their wine cool on the go – and so Partner in Wine was born.”

Demand soared seven months post launch when a single TikTok video hit the algorium perfectly, racking up half a million views in 12 hours and resulting in Partner In Wine selling a bottle every two minutes and with sales increasing by 1,700 percent in a single day. During this period the business was making five figures a day, until products sold out three days later. Just three months later, with her business at just nine months old, Partner in Wine announced its first retail partner, Selfridges & Co.

“As we enter a financial crisis, times seem very uncertain, which reminds me of a time not so long ago during COVID when times were just as uncertain yet so many people started their own businesses whilst on furlough, and even in their full-time jobs as something to fall back on or as additional financial support.

“Many entrepreneurs like myself who started businesses during COVID have gone on to quit their jobs, and run their businesses full time – not only giving them control of their wages, and job security, but also allowing them to have the additional freedom that we got a peek of during lockdown.”