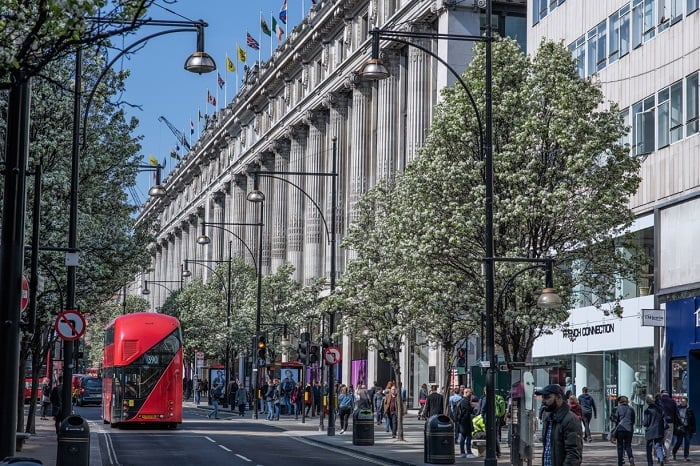 Footfall on Oxford Street is still 52 per cent lower than pre-pandemic levels, according to new figures. RSM’s analysis of the latest data from Datscha found… View Article

Footfall on Oxford Street is still 52 per cent lower than pre-pandemic levels, according to new figures.

RSM’s analysis of the latest data from Datscha found that overall UK footfall was up four per cent in April compared to the previous month.
This was driven by increases in Leeds – up 23 per cent – Glasgow – up 16 per cent – and Manchester, which was up 11 per cent. Guildford saw an eight per cent fall, while Brighton remained flat.

Despite signs of recovery across the UK, footfall as a whole is still 28 per cent lower than in 2019, according to RSM.

“With fears that the cost of living crisis could deter consumers away from the High Street, it will come as positive news for retailers that some areas have seen a considerable increase in footfall levels,” said Jacqui Baker, partner and head of retail, RSM UK. “Easter holidays and an improvement in weather are both likely to have played a part, as people make the most of the opportunity to shop and socialise.

“In addition, more workers are returning to the office and therefore boosting footfall levels, but London is still at less than half its capacity when compared to pre-pandemic levels. Unfortunately, it’s likely this will continue until the summer when it’s hoped that more international tourists will visit the UK and footfall returns to much healthier levels.”