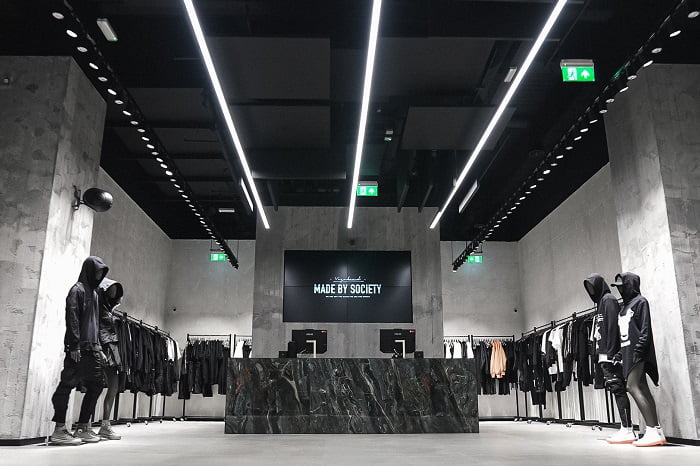 Trading as Made by Society, the shop spans over 2,400 square feet of retail space.

Since 2014, the company has opened 14 stores in Romanian shopping centres in places like Bucharest, Brasov, Cluj-Napoca, Constanta, Iasi, Ploiesti, Sibiu and Timisoara. Its manufacturing facility is based in Botosani, the Romanian hometown of the founding family.

Darian Vicol, chief executive of Vagabond Studio, said: “We are very excited that “Made by Society” is entering a new market and we are proud that a Romanian brand is so successful abroad. Our success is the result of a great team’s hard work, a team that stood up our brand philosophy all the way but is also coming from the appreciation of our buyers, who are not the cause, but the effect of a bold society.”

Vagabond Studio has entered the British market following a recent investment of around €800,000 and was assisted in finding retail space by CBRE.

Carmen Ravon, head of retail occupier CEE at CBRE, said: “By utilising the expertise across our expansive European Retail team, we have been able to advise Vagabond Studio, a champion of local retailing, on their international expansion in the most competitive market in Europe.”

According to CBRE’s EMEA Retail Occupier Survey 2022, 57% of retailers plan to expand their store portfolio this year. Of these, 37% want to open in markets they are not yet present in.

In addition, retailers rated bricks-and-mortar retail as more effective than online across all metrics asked about, but particularly for cross-selling products and consumer engagement.

Meanwhile, 64% of retailers either agreed or strongly agreed that the presence of bricks-and-mortar stores increased online sales within the local catchment. The research also found that regional shopping centres and city centre high streets were the top choices for retailers looking to expand in 2022, although clothing and footwear retailers picked retail parks as their number one choice for expansion.