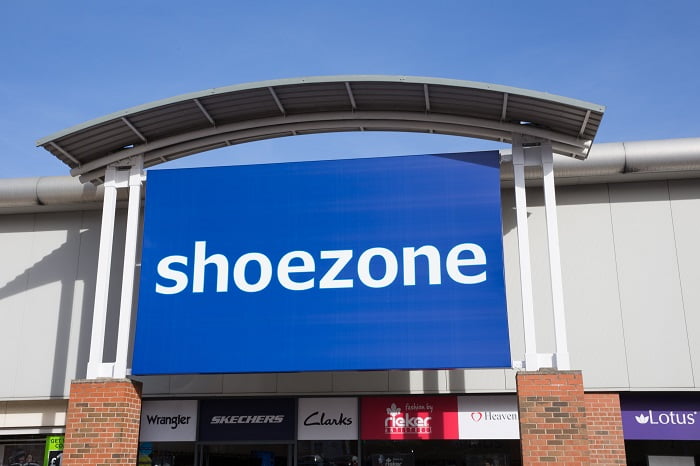 Families looking for a bargain in the cost-of-living crisis have helped boost sales at the low cost Shoe Zone chain. The AIM-listed business, which sells around… View Article

Families looking for a bargain in the cost-of-living crisis have helped boost sales at the low cost Shoe Zone chain.

The AIM-listed business, which sells around 13 million pairs of shoes each year from its 360 shops, saw sales of £156.2 million in the year to last October 1, up from £119.1 million a year before.

Chief executive Anthony Smith thanked the staff for their “incredible hard work” through the first full year of trading post-Covid. He said online sales contributed about one-sixth of all revenues, performing slightly worse than they did when more people shopped online during the pandemic.

The Leicester-based firm said all of its stores had remained open during the year, for the first time since before the pandemic. Sales were further boosted by a strong back to school period.

He said during the year the business closed 63 shops and opened 13 new stores, taking the total to 360.

The business, he said, was also helped by average store lease lengths of just 1.8 years, giving it the “opportunity and flexibility to respond to changes in any retail location at short notice”.

During the year it achieved rent reductions on 48 lease renewals, worth £600,000, and an average reduction of 30 per cent.

Smith said: “We ended the year with 45 big box, 44 hybrid [mid-sized] and 271 original stores. This year we expect to relocate or open a further 35 stores and continue to close a number of older stores, and we will refit a minimum of 15 stores to our new formats.”