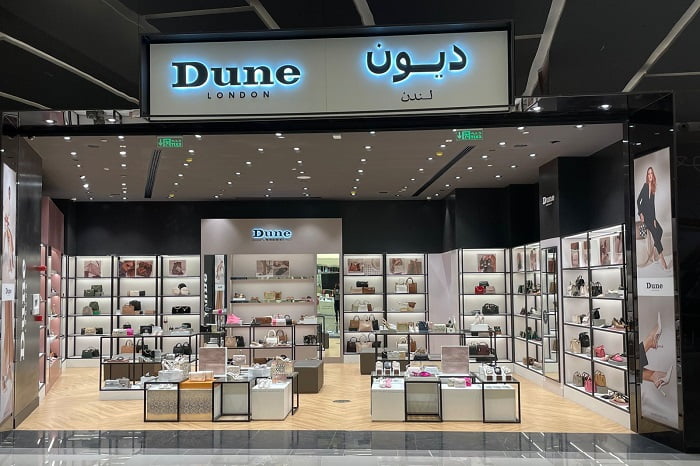 Footwear and accessories brand Dune London is accelerating its international expansion as it looks to boost growth.

With 131 franchise stores and 48 European stores and concessions, Dune is seeing growth both in new and existing markets.

The company said its recent online collaboration with Nordstrom and Dillard’s in the US has started above expectations with its occasion wear styles and high leg boots being particularly popular with shoppers.

Meanwhile its major franchise market in the Middle East, where Dune has been trading for 15 years, now has 65 stores and there are plans for a further 10 openings in the coming year. Dune will be focusing primarily on Saudi Arabia where it will open a first Dune London accessories in Riyadh early this year.

2022 saw the launch of Dune’s first franchise store in the city of Lagos in Nigeria and four more stores will open in the country in the coming  year. There are also plans to introduce more shops in India and Pakistan where the company currently has 13 and three stores respectively.