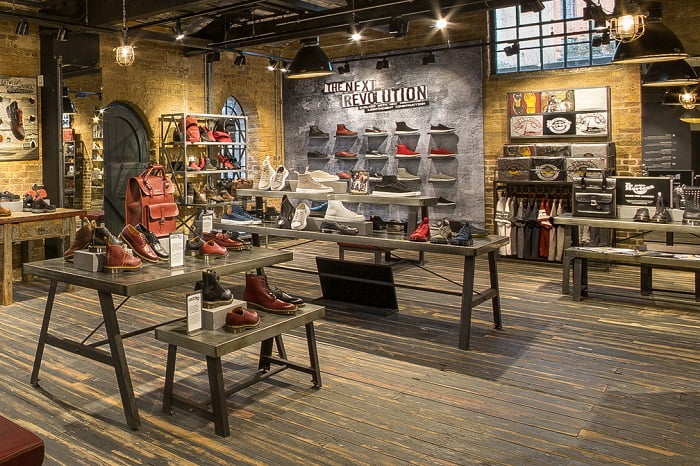 Dr Martens has posted an 18% uplift in underlying revenue to £418.6 million in its half year results after trade was boosted by continuing investment in… View Article

Dr Martens has posted an 18% uplift in underlying revenue to £418.6 million in its half year results after trade was boosted by continuing investment in growing its global store footprint.

However, pre-tax profit slipped by 5% to £57.9 million in the six months to end September, although EBITDA was maintained at £88.8 million despite the company’s significant investment in new stores, IT, people and marketing.

Dr Martens sold 6.3 million pairs of boots, shoes, and sandals in the period which was 400,000 more on an underlying basis compared with the same time last year.

The company said the results would have been even stronger if £10 million of revenue from EMEA wholesale partners had not slipped from September to October due to strikes at the Port of Felixstowe and labour shortages at a Dutch distribution centre.

Sales in the US were particularly strong, with an uplift of 31%, following new store openings in Houston and Chicago. Meanwhile sales in Japan contributed 40% of APAC revenue to make the country the company’s third most important market after the US and UK.

During the period, Dr Martens opened 21 new stores and is planning to launch between 13 and 15 in its second half as it looks to meet its medium-term ambition of 25 to 35 more stores per year.

Dr Martens chief executive Kenny Wilson said: “This has been another good period of progress in delivering our strategy of selling more pairs of boots, shoes and sandals direct to consumers via our own stores and website.

“We have seen good growth in all three key regions, and we continued to invest in the brand and growing our global footprint.

“Our success demonstrates the strength of the Dr Martens brand and its evergreen appeal to consumers of all ages and genders in markets around the world.

“It is also a huge testimony to the hard work and dedication of our people, and I am delighted that we have been able to offer additional payments to those colleagues across our business most likely to be impacted by the current cost-of-living squeeze.”