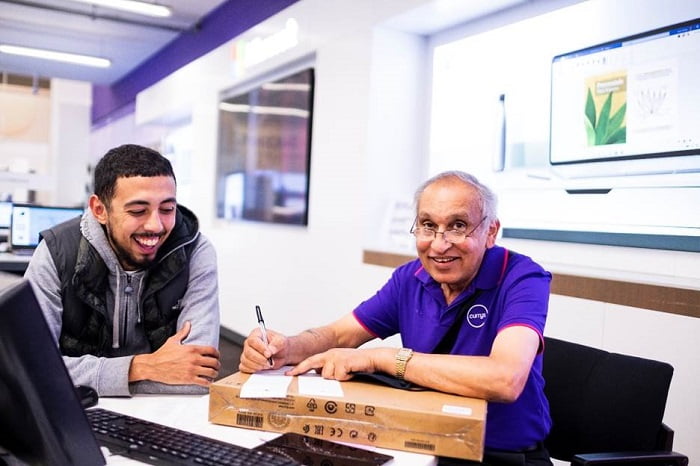 Currys has announced that the Digital Poverty Alliance has become its new in-store Pennies donation partner. The retailer’s customers will now be offered the chance to… View Article

Currys has announced that the Digital Poverty Alliance has become its new in-store Pennies donation partner.

The retailer’s customers will now be offered the chance to donate 25p to the charity when paying by card or digital wallet through Currys’ partnership with micro-donation charity Pennies.

The Digital Poverty Alliance is working to end digital poverty in the UK by 2030 by connecting disadvantaged people with access to devices and internet connectivity.

For the first six months of the campaign, it will be providing electronic devices to disadvantaged families across areas that are regarded as being disproportionately affected by digital poverty. These include North Norfolk, West Cumbria, Staffordshire, Ayrshire and Port Talbot and Bridgend.

Paula Coughlan, chief people, communications and sustainability officer of Currys, said: “Digital inclusion is one of the single most important elements of modern society and it’s so critical that we help play our part in addressing this country’s digital divide. Without access to basic technology, families will struggle to connect with the world and can become dangerously isolated.

“Our new in-store charity partnership with the Digital Poverty Alliance therefore marks a concerted effort to raise awareness, and donations, for this extremely pressing societal issue, and we hope to reconnect underprivileged children and their families with the technology they need to help them achieve their true potential.”

According to fintech charity Pennies, if every adult in the UK gave 35p each week, over £1 billion could be raised each year. Currys said its customers’ 25p donations could amount to as much as £4,000 per week at busy times of the year.

Alison Hutchinson, chief executive of Pennies, added: “Pennies has partnered with Currys since 2016, enabling two million customer micro-donations in Currys stores and raising hundreds of thousands of pounds for charity. Customers have shown great generosity, with donations increasing by 180% over the last two years.

“We are excited to now support this new partnership with the Digital Poverty Alliance, which is so aligned to Currys purpose, giving customers a simple, affordable and accessible way to contribute and harness the power of digital micro-donations to help to end digital inequality.”