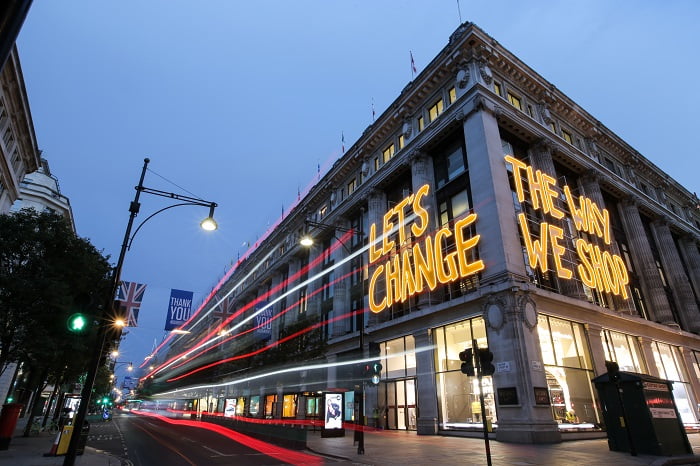 Selfridges’ new owners Central Group and Signa are planning a redevelopment of underutilised space at the department store’s site in London’s Oxford Street. The move will… View Article

Selfridges’ new owners Central Group and Signa are planning a redevelopment of underutilised space at the department store’s site in London’s Oxford Street.

The move will form part of several store transformations and new developments currently being undertaken by Central Group in multiple countries.

In a statement, Central said: “At Selfridges Oxford Street, a redevelopment of the underutilised hotel, car park and mews is being assessed to create additional value to this marquee asset.”

The group will also be working to establish Selfridges.com as the “ultimate global luxury online platform”.

Going forward, Central said it will push ahead with its luxury strategy by developing and expanding its collection of department stores in major tourist cities in partnership with luxury brands.

“The addition of Selfridges Group into our department store luxury collection has made Central Group a true global leader in luxury retail with the highest number of international luxury flagship locations in the world’s top destinations, and a thriving international luxury ecommerce platform.

“Above all, we are the proud owner of 19 crown jewel of properties, mostly situated for over a century in coveted areas at the heart of major European cities like London, Zurich, Rome, Copenhagen, Dublin, and Vienna.”